Tracey Deer, an award-winning Mohawk filmmaker with multiple credits to her name as a producer, writer and director, has focused her work on exploring current Aboriginal realities. Aside from producing projects through her own company, Mohawk Princess Pictures, she is currently busy as co-creator, executive producer and director of the critically acclaimed, Mohawk Girls, a dramatic comedy produced by Rezolution Pictures for APTN. Her most recent feature documentary, Club Native, won two Canadian Screen Awards in 2009. Playback Magazine declared her one of the 25 rising stars in the Canadian entertainment industry. She obtained her B.A. in Film Studies from Dartmouth College in 2000.

Rachelle White Wind is from the Ojibwe/Cree Nation and is a member of the Wolf Clan. Only a few months old, Rachelle was adopted and raised in a small French community on the outskirts of Winnipeg, Manitoba. Completely bilingual, her first acting job was a Quebecois show called Histoire Max III. Since then, she has gone from hosting shows like APTN’s Digital Nation to creating complex characters in film and television such as XIII (NBC), Elijah (CTV), Cracked (CBC) and Mohawk Girls (APTN/OMNI). Rachelle is a graduate of the Prairie Theatre Exchange, Centre for Indigenous Theatre, and The Networking Studio intensive workshop in Los Angeles. Currently she resides in Toronto, and when she’s not working as an actress, she runs her own salon BBTO.CA or is on-set doing hair and makeup across Canada, including credits such as CBC, Aboriginal Achievement Awards, Aboriginal Day Live, First Tracks and many more. She also sits on the Board for Manitoba Indigenous Adoption Coalition, which hosts a yearly healing gathering weekend in Winnipeg, Manitoba.

Rezolution Pictures International is an Aboriginal-owned award-winning film and television production company based in Montreal. They play a vital role in bringing cultural diversity to the broadcasting landscape, working with many of Canada’s best new and established talents to create unique comedy, dramatic, non-fiction and interactive programming. Rezolution Pictures boasts fourteen years of storytelling experience and features the talents of founders and executive producers Ernest Webb and Catherine Bainbridge, and executive producers Christina Fon and Linda Ludwick. Their latest productions include the internationally-financed feature documentary Rumble (slated for broadcast in 2016), the 13-part dramatic comedy series Mohawk Girls, which aired in 2014 (APTN & OMNI), and the upcoming Working It Out Together Season 3 (APTN). Rezolution Pictures has crafted over 100 hours of meaningful programming, including the Peabody and Gemini Award-winning documentary Reel Injun.

From the Mohawk nation of Kahnawake, Brittany holds a degree in journalism from Concordia University. She began her career in the film industry as a production coordinator for the Rezolution Pictures-produced documentary series, Working It Out Together Season 2, for APTN. Her directorial debut was a collaborative documentary short, KTown, and she is currently developing her first feature documentary, both produced by Mohawk Princess Pictures. She is also an actress, and made her debut in APTN’s dramatic comedy series, Mohawk Girls. 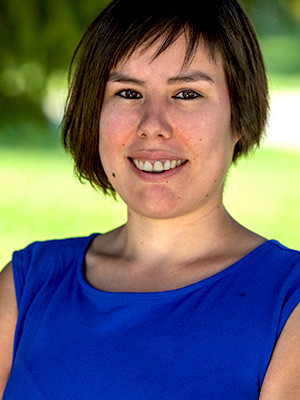 Courtney Montour is Mohawk from Kahnawake, but currently resides in Montreal. She works in the documentary film and new media fields exploring issues of Native identity. She is directing her first feature documentary, Sex Spirit Strength, with Mohawk Princess Pictures. She worked as production manager and sound recordist for the documentary, It Was a Woman: Surviving Female Sexual Abuse, and as multimedia producer on the language series, Finding Our Talk 3, both with Mushkeg Media. She co-directed a documentary short, KTown, with Mohawk Princess Pictures. Her interactive website, Kahnawake Voices, was shown at the 2011 imagineNATIVE Film + Media Arts Festival. She currently coordinates McGill University’s Aboriginal Field Studies course, held in Kahnawake. Courtney attained her BA in Journalism in 2007 from Concordia University. 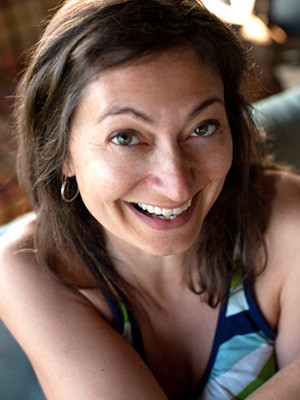 Michelle Smith is a Métis filmmaker, media artist and educator with an MA in Media Studies from Concordia University. She uses diverse media and participatory strategies to explore issues around indigenous identity and intercultural experience. Her documentary projects include Turbulent Waters (2004), determiNATION songs (2009), Buried Traces (2010), the Aboriginal language series Finding our Talk (2010) and It was a Woman (as writer) (2013). Her current projects include www.OtaNdaYanaan.net, an interactive documentary celebrating Métis language and culture, and Nitao, a video game about the Cree goose hunt in James Bay. She is a media and communications teacher at Dawson and John Abbott Colleges in Montreal, and coordinates the Aboriginal Studies program at John Abbott.

Michelle Latimer belongs to the Metis and Algonquin nations, and is an award-winning actor and filmmaker. Her short film, The Underground, premiered at the 2014 Toronto International Film Festival, received the Best Short Film Award at ImagineNATIVE Film Festival and was featured at Cannes Film Festival as part of Telefilm’s “Not Short on Talent” spotlight. Michelle’s recent documentary, ALIAS, premiered at the 2013 Hot Docs Film Festival and was nominated for two 2015 Canadian Screen Awards. Her short film, Choke, premiered at the Sundance Film Festival, received a Special Jury Honorable Mention in International Short Filmmaking, was named by Toronto Film Festival among Canada’s Top Ten of 2012 and nominated for a Genie Award. Michelle is currently starring in the critically acclaimed television series Blackstone, and appears as an industry judge on CBC’s Short Film, Face Off.  In 2013, she was named among Playback’s “10 To Watch”. Michelle is alumnus of the Toronto Film Festival’s Talent Lab and Studio Producer’s Program and she holds a BFA from Concordia University. 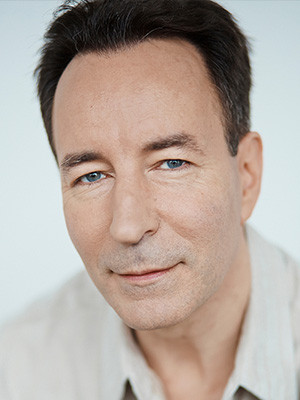 James Malloch is a member of the Mohawk Nation, with heritage from Six Nations near Brantford, Ontario. With over twenty years experience, James has worked as an editor in documentary, fiction, and music videos. He has worked on productions for the National Film Board of Canada, APTN, W Network, and Discovery Channel, on shows such as Finding Our Talk, Grin and Build It, Working it Out Together, Watchers of The North, and Dangerous Flights. James is also a musician, actor, and voice artist. 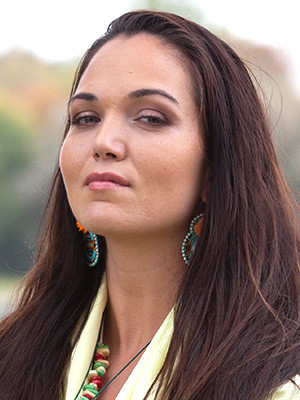 Roxann Whitebean is a media artist from the Mohawk Territory of Kahnawake. Her experience spans both fiction and documentary, with her first cutting her teeth as an executive producer’s assistant on the first season APTN’s television series, Mohawk Girls, and as the extras casting director and 3rd AD trainee on the 2nd season. She’s worked as producer’s assistant, researcher and production assistant for the feature documentary Sex, Spirit, Strength with Mohawk Princess Pictures. She recently produced, wrote and directed her first short fiction, Legend of the Storm, with support from the Canada Council for the Arts. She’s also served as a jury member for the Canada Council for the Arts. She is currently in development on her first feature documentary with Mohawk Princess Pictures about her battle against breast cancer.

Sasha Deer, from the Mohawk Nation of Kahnawake, worked in the publishing industry as both executive assistant and bookkeeper at an award-winning community newspaper, The Eastern Door, before transitioning into the film industry with Mohawk Princess Pictures. She is involved in all of the company’s productions as producer’s assistant, production coordinator and bookkeeper.

Social Media and Digital Content Company, Innovate By Day, is the Digital Media Producer for Dream Big. Innovate By Day specializes in creating integrated online strategies for film and television properties including Mohawk Girls, Corner Gas: The Movie, Rookie Blue, Remedy and Saving Hope. Working with producers and networks, Innovate By Day effectively develops narratives in the digital space by producing digital media content, running campaigns, and managing online communities. Innovate By Day builds custom, interactive transmedia content to generate conversation with the goal to give audiences more of what they want – and to offer them compelling reasons to return, share, and advocate for their communities. Innovate By Day founder, Deb Day, is an award-winning television/film director and producer with over 20 years in the entertainment industry.